Cold and Heat Storage in Belgium 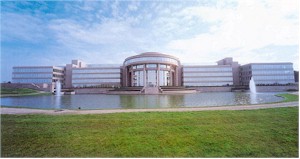 In 1994, the marketing activities were launched within Annex 8: Underground Thermal Energy Storage Systems (UTES) of the ECES-Progamme with a study on the potential for underground thermal energy storage. The conclusion of the study was that cold-heat storage in aquifers would be the most convenient technology for thermal energy storage applications in Flanders.

In the autumn of 1996, the first aquifer thermal energy storage system was already started up in Flanders (the northern region of Belgium). The project was the first concrete proof of the intensive marketing efforts, on behalf of the Flemish government and with the financial support of the European Community within the framework of THERMIE-B programme DIS-120-95-BE, that Vito (Flemish Institute for Technological Research) made based on know-how built up in the Netherlands.

Since 1996, another 5 cold-heat storage plants are realized and three are under construction. Meanwhile, more than 20 feasibility studies are finished.

Due to all these efforts, a broader awareness of ATES in the Flanders region is obtained.

The development of ATES in Belgium (in less than 7 years, 6 realizations and a lot of feasibilities studies) has demonstrated that an intensive exchange of knowledge and experience with other countries, can speed up the acceptance of a new technology and its introduction onto the market remarkably.